I saw some wild turkeys on the side of the road the other day. They seemed unphased by traffic, and I wondered if these birds lack the strong preservation instinct of most wildlife. However, turkeys are among the most successful species in the US, with about seven million individuals. In some areas like Maine, turkeys are so numerous that they’re causing problems by eating crops.

I had to know what the secret to their success was. What gives turkeys an advantage in the wild? How fast can a turkey run?

What Is the Average Running Speed of a Turkey?

You wouldn’t know it by looking at a turkey, but these big and clumsy animals are fast runners as far as most birds go. After doing some research, I found that wild turkeys can reach speeds of 25 mph (about 40 Km/h) while running.

To give you a better idea, a wild turkey’s typical speed of 25 mph is only five miles per hour slower than a cat’s, even though felines seem built for velocity.

Turkeys are considerably slower than some other birds. For instance, the fastest bird is the ostrich, which can reach speeds of 70 mph, thanks to its long legs.

However, it’s worth noting that turkeys can also fly pretty fast; research suggests that turkeys can fly in bursts of up to 55 miles an hour (88 km/h). They can’t sustain such speeds, but it’s a helpful defense mechanism.

Outside of humans hunting them, wild turkeys have to worry about a long list of predators. Depending on the area, coyotes, snakes, raccoons, hawks, weasels, skunks, and bobcats might prey on them.

Unfortunately, turkeys can’t outrun most predators. Take the coyote: it can reach up to 43 mph, while a turkey maxes out at 26 mph. Then again, if a turkey gets a running start, it could leap into flight and make an escape.

Flying is one advantage turkeys do have over some of their predators. By flying, turkeys are able to evade some land-based carnivores. What’s more, turkeys typically fly to roost in trees at night. Sleeping above the ground gives them an extra layer of protection.

As a defense mechanism, it is undoubtedly effective, but it does have its limitations. Turkeys are able to only fly for short distances at higher speeds. You won’t see them soaring high in the sky, either.

Indeed, turkeys spend the majority of their time on the ground. It allows them to look for the food they need. Young birds can spend as much as 90% of their time eating grass, berries, and seeds during the first year of their lives.

Turkeys can fight off a predator when flying away isn’t an option. In this vein, hens will often stay and fight rather than abandon their eggs or brood.

Their powerful legs possess sharp spurs on the back, called a keratin talon that rests right underneath their knee joint. As they age, the spur gets longer and sharper in dominant males, which gives them an advantage when fighting off predators.

These talons complement the fierce kick a turkey can give, while their beaks can deliver a painful bite. These techniques work against mid-sized mammals, but they aren’t enough to fight off larger predators.

Can a Human Outrun a Turkey?

Turkeys aren’t a species you’re likely to run away from. In fact, you’re much more likely to be pursuing them. But while wild turkeys may take their time walking around and foraging for food, both their land and air speeds are faster than a human’s.

The average jog speed for a human is four to six mph. That means unless you’re a super-quiet runner, you’ll need another means of capturing a wild turkey.

What About Domesticated Turkeys?

Wild turkeys primarily eat grass, seeds, and berries. However, birds that people have domesticated have a very different diet. The purpose of this diet is to help them develop more muscles and gain weight.

Because of their food, domesticated turkeys are too heavy to fly, and they run at a much slower speed. It’s possible to clip their wings to prevent them from escaping before they gain weight. The speed of a domesticated turkey depends on different factors. For instance, a free-range turkey that gets more exercise should have stronger legs and be able to run faster.

Still, domesticated turkeys aren’t likely to take off running. They typically don’t recognize predators, and their herd mentality means they like to follow humans around rather than running away from them.

When Do Wild Turkeys Run?

Turkeys don’t have a significant advantage over predators, and so a lot of broods don’t make it. Those who survive learn to be wary of everything.

Instead, they will run away from almost anything, including animals, noises, and humans. Unless you have a good turkey call technique, you might not spot any of them in the woods.

A turkey might not run away from a noise or predator if it’s a hen protecting its eggs or brood. Experts estimate that between one-third to half of them die during the nesting and rearing season.

That means quite a few unprotected nests, and turkey eggs that may never hatch.

How fast can a turkey run? The average running speed of a wild turkey is 25 mph, which is surprisingly fast, given its size and clumsy appearance.

While running allows turkeys to get away from predators, there are situations where these birds have to fly or stay and fight. These different techniques allow turkeys to survive in the wild, but you’re not likely to see any of these behaviors in a domesticated turkey. 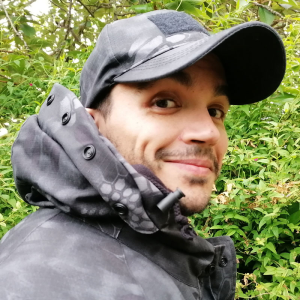